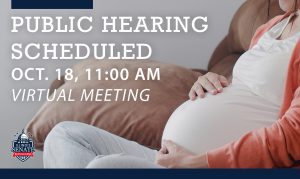 Here in the 32nd Senate District, we are fortunate to have access to quality health care. However, the only hospital in the 32nd District that provides obstetric and birthing services for expectant mothers is Northwestern Medicine McHenry Hospital in McHenry.

The hospital has proposed closing its 23-bed OB unit by the end of the year, and the state’s oversight agency (the Health Facilities Services and Review Board) is holding a public hearing next week on Monday, October 18, from 11:00 a.m. until noon to collect public testimony and discuss the possible elimination of obstetric/birthing services from this hospital.

The public can watch the meeting live through this link:

There is also an opportunity for public comment (you must send an email ahead of time to register to speak):

If you value having an OB unit near your home, I would encourage you to let your voice be heard at this hearing. I will be among those who testify and invite you to join me with your own comments. 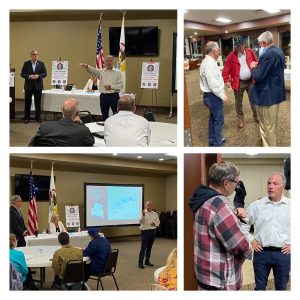 On Wednesday, I had an opportunity to Join State Senator Dave Syverson at a listening tour town hall he hosted in DeKalb. Along with State Senator Sue Rezin, we spoke to a crowd of about 75 about important issues affecting our state. The evening included a short PowerPoint presentation and plenty of time for Q and A.

Veto Session Begins Next Week; Congressional Maps Released
Lawmakers return to the Capitol next week on October 19 to begin the annual fall veto session. The two-week session is designed to allow the General Assembly to take action on legislation vetoed by the Governor. Because Gov. Pritzker has vetoed very few bills, majority party leaders may decide to take up any number of other issues instead.

I’m hearing majority party Democrats may try to advance legislation repealing the Parental Notification of Abortion Act (PNA). The Act was created to make sure that parents are aware of the health issues of their children. In cases of abuse or the health of the children, the PNA has provisions for a youth to petition a judge to receive an abortion without parental notification. Despite those provisions, pro-abortion groups have continually pushed to put an end to the Act.

Lawmakers may also consider making changes to the Healthcare Right of Conscience law. That Act was largely created to protect pro-life individuals from being forced to take part in abortions or related activities. It allows people the right to refuse to receive or take part in healthcare services that are contrary to their conscience. In recent weeks, numerous employees have cited the law as a protection to refuse COVID-19 vaccinations, with some cases being litigated in court. Because of this, Gov. Pritzker has been pushing lawmakers to change the law, potentially removing vaccinations from the law’s definition of healthcare services.

Senate Republicans have continued to push for the legislature to use the annual fall veto session as a time to hold hearings to discuss the ongoing spike in violent crime across the state, and to take action on legislation to help empower the criminal justice system to get violent criminals off of the streets, get illegal guns out of communities, and shore up mental health services.

Late this morning (Oct. 15) the proposed Congressional Map was released. It is typical for the majority party to release controversial information on Fridays, and this is no exception. Please know it is also typical for the majority party to change the map that is ultimately brought forward for a vote in the Senate and House. Click here to see the proposed Congressional Map as it currently stands. 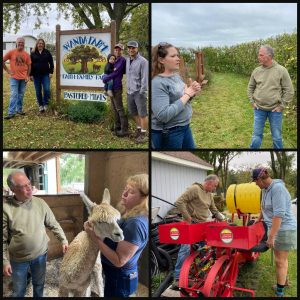 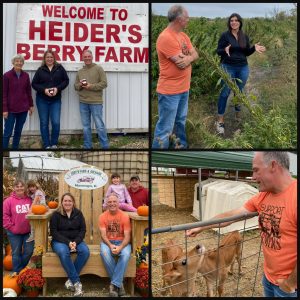 I recently had an opportunity to tour several farms and agribusinesses in McHenry County. During the day-long tour, I visited Wanda Farm and Royal Oaks Farm & Orchard in Harvard, the Magic Meadows Alpaca Farm in Wonder Lake, Heider’s Berry Farm and Hempstock Pharms in Woodstock, and High Hopes Farm and Cody’s Farm in Marengo. At each stop I got to talk with owners about their successes and struggles, and how I can best help them as their legislative voice. It was a wonderful day celebrating agriculture in McHenry County, and my thanks go out to Visit McHenry County for helping to organize the tour.

New FBI Data Highlights State’s Issues with Violent Crime
The Federal Bureau of Investigation (FBI) recently released new data on crime across the nation. According to the report, Illinois’ 2020 rate of violent crime per 100,000 people was 425.9, an increase from the 2019 rate of 415, and notably higher than the national average of 398.

In 2020, Illinois experienced 9.1 murders per 100,000 people, also significantly above the national average of 6.5. While the homicide rate is increasing nationally, at a rate of approximately 27 percent from 2019 to 2020, the homicide rate in Illinois has increased 36 percent over the same timeframe.

Members of the Senate Republican Caucus recently introduced more than a dozen bills specifically designed to help alleviate the surge in violence across the state. I believe that it is urgent that the General Assembly take up the package of public safety measures during the upcoming fall veto session.

Keep an Eye Out for Farm Equipment 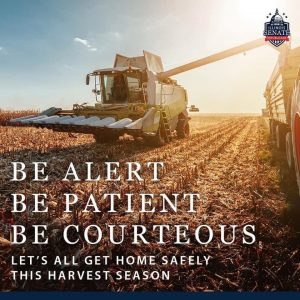 Its harvest time, so please be careful on rural roads. Modern farm equipment is typically large, often wider than traffic lanes, and difficult to see around, while traveling at very slow speeds on the roadway. According to the University of Illinois Extension Service, a car going 55 mph only has five seconds to brake 300 feet, the length of a football field, to avoid rear-ending farm equipment moving at 15 mph.

The Extension Service also notes that the operator of the farm equipment may not know that a vehicle is nearby, particularly if the vehicle is very close behind or alongside the implement. They recommend that drivers be vigilant and watchful for equipment, slow down when passing or near farm implements, and allow a wide berth for the equipment to pass.

Harvest season may continue for a while yet. According to the United States Department of Agriculture’s National Agricultural Statistics Service, the Illinois corn harvest is currently about halfway finished at 55 percent, with about 43 percent of soybeans harvested.