New GDP data indicates that U.S. has entered a recession 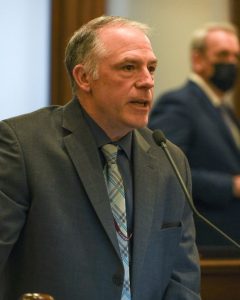 A key measure of economic output fell for the second straight quarter, indicating the United States is in a recession. Last week on Thursday, it was announced that Gross Domestic Product (GDP) fell 0.9 percent in the second quarter from April to June.

The NBER’s definition states a recession is a “significant decline in economic activity that is spread across the economy and that lasts more than a few months.”

Regardless of how people define “recession”, this news is not good and does not paint a rosy picture of the economy that is being hit with record high inflation and rising interest rates.

Meanwhile, in Illinois, the unemployment rate continues to fall behind all surrounding states. Illinois’ economy added 18,800 jobs during the month of June, but its unemployment rate, which is now at 4.5 percent, is still the worst in comparison to neighboring states.

Indiana, Missouri, Iowa, and Wisconsin all had jobless rates below 3 percent while Kentucky is at 3.7 percent. In fact, Illinois’ 4.5 percent rate is the fifth worst in the nation.

Summer events continue in the 32nd Senate District
As we head into August, my staff and I will continue to deliver a variety of constituent outreach events across the district. Upcoming events include: 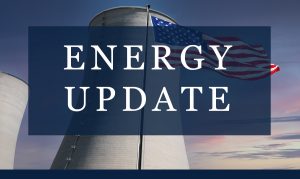 You may recall that in early June I wrote in a newsletter about skyrocketing energy rates and rolling brownouts/blackouts downstate for Ameren customers. In that piece, I explained that while current rebates are keeping our costs up here somewhat in check, without legislative involvement we could begin to see significant rate hikes as soon as this fall. You can re-read that newsletter item here.

The alarming rate hikes have taken hold downstate, and last week one of my colleagues, State Senator Terri Bryant (R-Murphysboro), filed a package of legislation that would address utility price spikes and rolling blackouts statewide by securing Illinois’ energy-producing capabilities.

The legislative package is comprised of three pieces of legislation that will help ensure that Illinois’ high energy production remains intact.

Senate Bill 4215 would repeal the forced 2045 closure date for coal and natural gas power plants that was implemented under Gov. JB Pritzker’s Climate and Equitable Jobs Act (CEJA) of 2021. The bill would also allow companies to build new gas peaker plants without the fear of a forced closure.

Senate Bill 4216 would repurpose $10 million from the fees assessed to fund clean technology for retrofitting coal and natural gas plants with carbon capturing technology. It also includes the creation of a new Power Grid Task Force to study the effect of state laws, including CEJA, on energy prices as well as grid reliability. Additionally, the Task Force would study ways to improve the power supply mix within the state and deployment of new technologies.

Senate Bill 4217 would eliminate red tape at the Illinois Environmental Protection Agency (EPA) that has been preventing new power plants from coming online in a timely manner by expediting the state permitting process. An example of long permitting delays includes the Lincoln Land Energy Center in Pawnee, which started the permitting process with the Illinois EPA in 2017 in the hopes of finishing construction on the plant by 2022. The power plant is still waiting for the approval of its final construction permit, which it filed with the Illinois EPA more than seven months ago.

The audit found a list of upsetting findings including DCFS’s negligence in ensuring that children in its care are receiving their well-child visits and check-ups. Of the cases tested, nearly 20 percent of children were missing at least one physical examination.

Despite these unsettling findings, Director Smith stated in the LAC hearing that his agency is “one of the best child welfare systems in the country.” Since the start of this year, Smith has been held in contempt of court 12 times for failing to properly place youth in care. And since December, nine kids on the radar of Illinois DCFS have died. Still, Gov. Pritzker says he has complete confidence in Director Smith and has failed to remove him from the position.

The complete lack of accountability at DCFS has gone on for far too long, and our state’s children deserve better. It is well past time that Governor Pritzker makes a leadership change at DCFS.